Just as our news cycle has been dominated by the two warring political parties in this country, churning just under the surface are opposites of a different kind — the two economies in our country. The coronavirus-induced economic downturn has brought the contrast between the haves and have-nots, and the salaried and the hourly, into such stark relief.

In the late 70s and early 80s, I believed in the merits of trickle-down economics. I was educated as a supply-side economist. But forty years later, I’m growing alarmed that the result of trickle-down economics has reared its ugly head as trickle-up economics instead. The pandemic has not only made this visible, it’s put us on an accelerated course that we may struggle to reverse.

THE CHALLENGES OF OUR CHANGING ECONOMY

It’s no secret that the U.S. economy hasn’t been a manufacturing economy for a long time — we’re now a consumer and market-driven economy, and profits continue to be the fuel for survival for any company competing in a capitalistic society. For many decades, manufacturing elevated the middle class, but the shifting of production to intellectual capital created a different set of opportunities for those manufacturing employees, along with many more jobs for those at the bottom in the service economy.

The simple definition of capitalism is “the increasing cooperation amongst strangers,” but perhaps economist John Maynard Keynes summed it up best when he said that capitalism is “the astounding belief that the wickedest of men will do the wickedest of things for the greatest good of everyone.” For centuries, we’ve staked our society to the tenants of capitalism, and today, the main tool of this economic system is the public stock market… The problem with this is that only 10% of the population— the top 10% — has ever made a trade. The vast majority of American families simply do not have a seat at the Wall Street table.

THE CHANGING FACE OF CAPITALISM

When we look at the public companies that drive the market, we see they all have a responsibility to shareholders to maintain profits. Thus, the pandemic has required them to act prudently and lay off employees in order to stay afloat… But when the economy crashes, the government then steps in to prop up those very same companies. Making the government and the public good dependent upon each other (rather than independent players) brings us to the completion of the full circle in this grand economic experiment we call capitalism.

In recent history, we saw the government bailouts of 2009, and today we have the CARES Act, wherein the Fed has thrown a trillion dollars at the economy in order to “help consumers.” While assistance is always welcome, in a capitalist economy, the result is that the real beneficiaries are public companies — not the little guy, as countless headlines as of late would have you believe.

Why? The reasons are simple.

* Right now, those who have money to invest also find themselves with more money to spend due to the restrictions on travel, dining out, and myriad other things that drive the bottom half of the economy.

* Those who own real estate as an asset are now able to refinance, thus freeing up even more cash to invest, only furthering the divide between our two economies.

THE STOCK MARKET IS NOT THE ECONOMY

But, why, during a global pandemic and major recession, does the stock market continue to reach all-time highs? Firstly, the S&P 500 is an irrelevant measurement tool when it comes to gauging the true state of the economy. (And remember, this risk target measurement tool created by Wall Street has no realistic benefit for 90% of people in their financial lives.) If we look to the “big six” stocks: Apple, Facebook, Amazon, Netflix, Microsoft, and Google’s parent, Alphabet, we see they’ve been up by nearly 45% so far this year, while, as of mid-August, the rest of the companies in the index had reported losses of about 4%, according to the Washington Post.

Understanding what truly drives the markets is a vicious cycle that often (if not always) spills over into politics. But no matter your side of the aisle, in an intellectual market economy, investing in whatever keeps you ahead is the only way to survive. And in a global economy, having a melting pot of diverse perspectives will help expand the reach of innovation and ideas.

Whenever I speak to people about their fear of the stock market — or their excitement surrounding it — I love hearing their rationale behind their emotions. But far too often, their feelings are based on a disconnected understanding of what truly drives Wall Street.

In simple terms, the stock market is almost completely disconnected from people’s wealth, and it’s the great illusion of Wall Street that the only way to get rich is to take your cash and give it to America’s biggest corporations, who will be the only ones to get rich at the end of the day. You take all the risk, they have all your cash, and once they take care of themselves, you *might* get your money back. Because as soon as coronavirus, or credit default swaps, or tomorrow’s next boogeymen rears a head, it’s your money they’re going to lose — not theirs.

Sun Oct 4 , 2020
Wildfire victims who lose their home and possessions will be able to recoup money for their expenses faster, thanks to legislation that makes property insurance benefits easier to collect. Gov. Gavin Newsom signed Senate Bill 872 into law Thursday, providing a suite of insurance protections and streamlined claims processing to […] 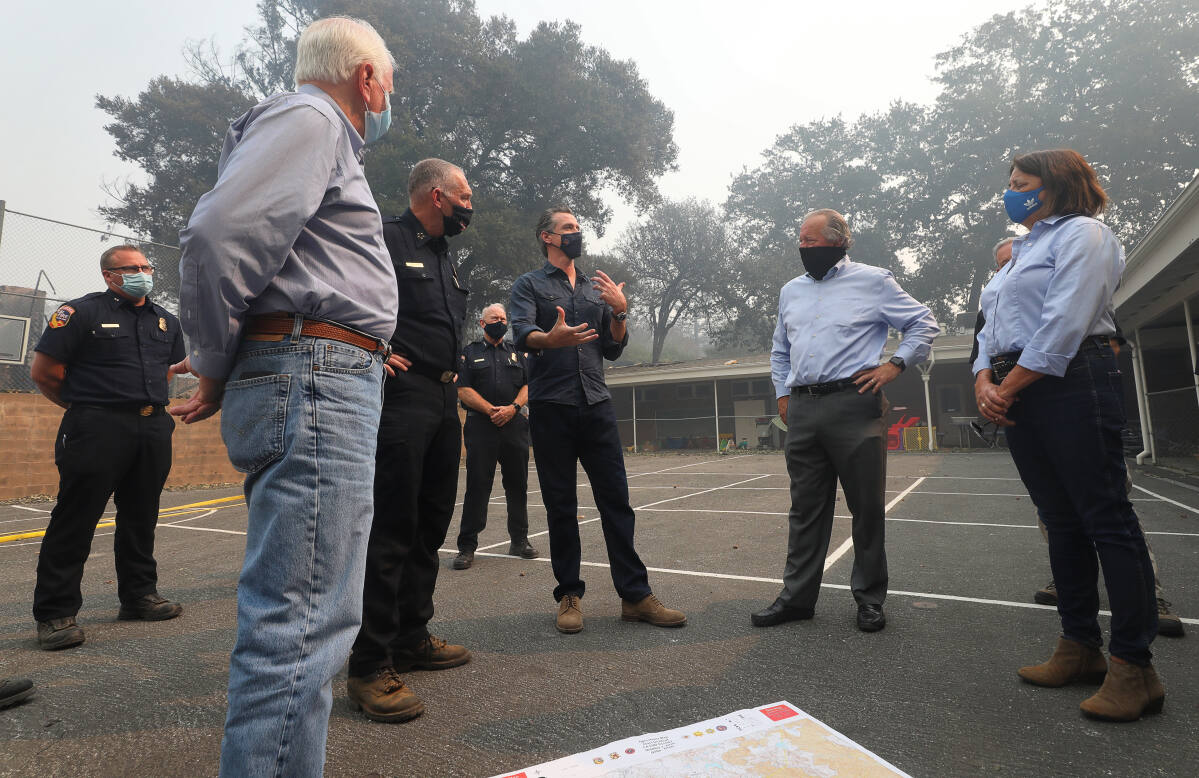