U.S. life insurers are paying out far fewer Covid-19 death claims than initially expected, largely because the virus is disproportionately killing people with little to no insurance.

In the past few weeks, many life-insurance companies have sharply reduced estimates of their exposure, as measured by payouts per 100,000 U.S. Covid-19 fatalities. Estimates have come down by an average of 40% to 50%, according to Credit Suisse stock analyst Andrew Kligerman.

Driving the rapid reduction in exposure are two groups: older Americans and minorities.

Older people often have smaller policies than people who are still in the workforce. The latter typically buy policies to protect spouses and children against the loss of a breadwinner’s income, aiming to cover home mortgages and fund college tuition. Based on data through mid-September, the federal Centers for Disease Control and Prevention calculates that approximately four-fifths of U.S. deaths involving Covid-19 have been of people at least 65 years old. Its current total shows just over 200,000 total U.S. deaths.

Should the insurance industry do more to combat its legacy of racial discrimination? Why or why not? Join the conversation below.

There has also been a disproportionate impact on minorities, such as African-Americans. More than a fifth of Covid-19 deaths have been non-Hispanic Black people, above their roughly 13% representation in the overall population, according to government data.

In a pattern dating back decades, Black Americans typically have bought modest policies aimed at paying burial and related costs, rather than bigger face-value policies, according to life-insurance agents and historians. Detailed data on policy ownership by race is hard to come by. Since the 1960s, U.S. life insurers quit using race as a factor in underwriting and pricing policies, so they quit collecting race information, executives say.

Buying a large life-insurance policy is “not something that my father’s generation was trained to think about and to do,” said Sarah Rattray of Hempstead, N.Y.

Her late father received a small death benefit through union membership, which covered many final expenses.

But “there is still so much we could have done with an inheritance” had there been larger proceeds, she said, such as paying off student debt and financing college for some of his children and grandchildren.

Going back a century, life insurers sold burial policies to both Black and white people, with agents walking door-to-door collecting premiums. Up to about the 1960s, African-Americans generally paid more for such policies than whites did, for reasons including their shorter life expectancies. Insurers abandoned race-based pricing practices under pressure from civil-rights activists, but many were slow to provide corrective benefits for the old policies on their books.

Over time, many life insurers gravitated toward selling larger policies to middle-class and upper-income households, where Black Americans were underrepresented.

Black people have long been in a chicken-and-egg situation with life insurers, some industry executives say.

Many companies “don’t talk to Black people because they perceive that Black people aren’t interested in larger life-insurance policies, or Black people aren’t interested in larger policies because the companies don’t talk to them about all available options beyond burial policies,” said Eugene Mitchell, who formerly headed a unit at New York Life Insurance Co. that boosted sales of larger policies to African-Americans. Last year, he founded E. Mitchell Consulting Group for Financial Literacy and Financial Services.

There is overlap between the two groups. Using data from the CDC, think tank Brookings Institution in June found that Black Americans aged 85 and older were dying of Covid-19 at a rate of 880 per 100,000 population, compared with 436 whites. In every age category, Black people died from Covid-19 at roughly the same rate as white people more than a decade older, the analysis showed.

Life Insurance and the Pandemic

Amy Friedrich, Principal Financial Group Inc.’s president of U.S. Insurance Solutions, said the older age of many Covid-19 victims was by itself reason to reduce the company’s projection of losses, given the fact that many had purchased policies long ago when the average policy size was much smaller.

Initially, Principal’s actuaries assumed that Covid-19 deaths would mirror the insurer’s overall book of business, which includes many working-age policyholders. But the average age of a deceased Covid-19 policyholder has been 77 to 78, she said.

Among reductions, Principal now projects about $10 million in payouts per 100,000 deaths, half of its March 30 estimate.

slashed its projection to $70 million from $200 million.

In explaining Equitable’s reduced Covid-19 estimate to analysts in August, Equitable Chief Financial Officer Anders Malmström called it sad that so many dying weren’t insured. “Going forward, we expect that to continue,” he said.

Also playing into insurers’ reduced exposure is the outsize role that diabetes, cardiovascular disease and obesity play in Covid-19 fatalities. It is well-established in the U.S. that minority groups and the poor are more likely to face such health issues.

Covid-19 deaths have been “more heavily focused on lower-income individuals who tend to have less life insurance, and those with pre-existing conditions,” who can be denied life-insurance coverage as part of the underwriting process, said Morgan Stanley stock analyst Nigel Dally.

Numerous insurers do offer policies to people with health issues, though at higher premium rates that can discourage a purchase, agents say.

Over time, life insurers’ death-benefit costs may end up smaller than originally expected for another reason: Some of the oldest victims might have been poised to die in the near future of causes other than Covid-19. Thus, insurers could have below-average death claims in future quarters.

“We think it’s certainly possible that we have some acceleration of claims, given that…the majority of our extra deaths were concentrated at the age of 70-plus, and, in particular, 80-plus,” Reinsurance Group of America Inc. Chief Executive Anna Manning said in the company’s second-quarter earnings call.

The reinsurer, which contracts with insurers to pay some death benefits, similarly reduced its Covid-19-death exposure.

Jonathan Porter, a senior executive at the reinsurer, said in an email that any accelerated deaths could be offset if patients who survive Covid-19 end up adversely affected longer term.

“There is a lot of uncertainty on how this might ultimately play out,” he said.

Tue Sep 29 , 2020
Finn formulates premium pet supplements that combine trusted research and modern wellness Finn The founders of Innovation Department believe that in the search for the next billion-dollar exit, there are pockets of opportunities being overlooked in consumer brands. Through a unique application of linear commerce, they have built brands like Wellpath […] 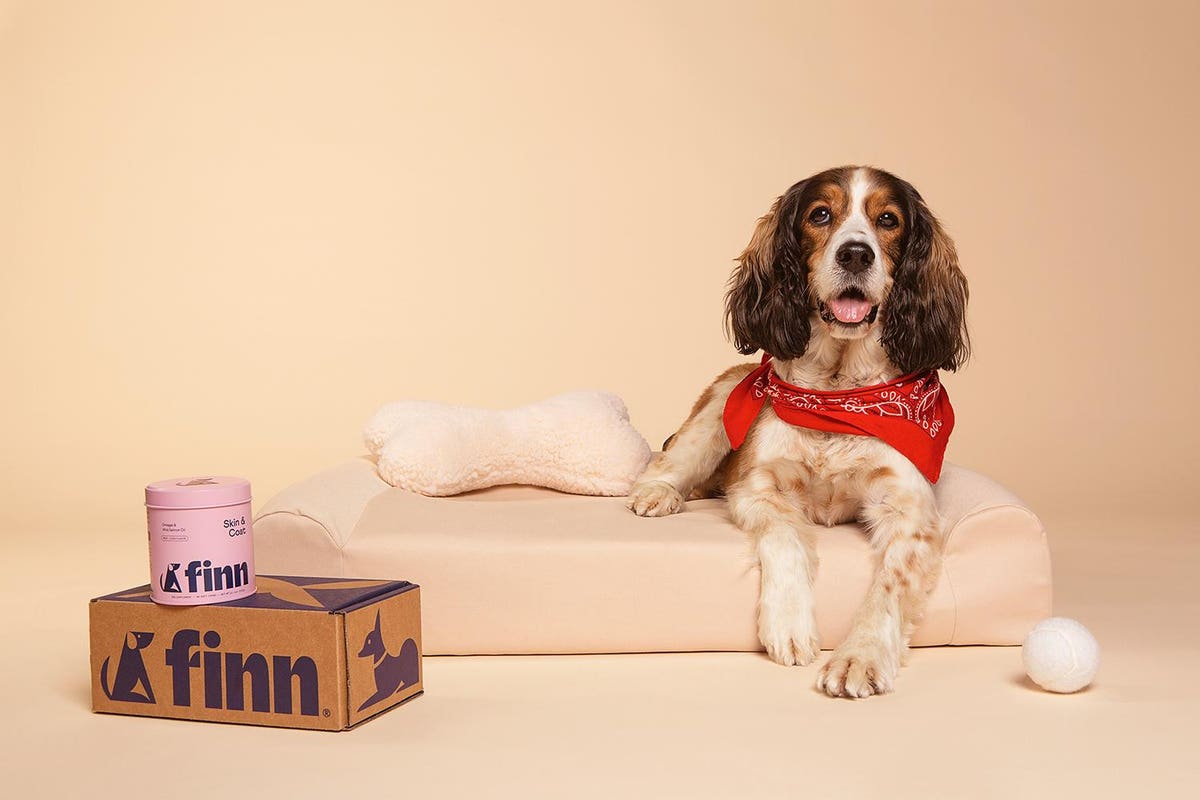