The current HMIS® III version utilizes colored bars, numbers and symbols to convey the hazards of chemicals used in the workplace. See below for an explanation of the system.

Alas, this optional system is proprietary and the ACA has apparently awarded exclusive rights for HMIS® products and services to a handful of vendors. The implementation manual alone costs $299.00 USD; in contrast OSHA’s mandatory GHS labeling system is open and freely available – anyone can print or sell their own labels. In our opinion, the idea of charging for use of a labeling system is totally unacceptable and runs counter to the facile dissemination of health and safety information. More importantly, because the HMIS® numeric hazard ranking scale is the reverse of the one that OSHA legally requires under HCS 2012, the chance of worker confusion, conceivably with lethal consequences, is quite high. For these and additional reasons, we strongly discourage use of the HMIS® system.

In fact, that $299.00 ACA implementation manual has an entire chapter devoted explaining how to convert the OSHA-required GHS labeling system to proprietary and non-mandatory HMIS® labels. Why on earth would anyone want to require their employees to learn an additional and confusing proprietary system when they have already complied with OSHA labeling requirements using a system that is accepted worldwide? As safety professionals, this makes our heads spin. Let’s ask another question – why is an organization that deals only with paints and coatings trying to hold itself up as some sort of authority on a system users may try to apply to over 159 million known chemicals, most of which the ACA has zero experience with?

At first glance, the HMIS® and NFPA labeling systems appear quite similar. Both have four sections colored blue, red, yellow and white. HMIS® uses colored bars, while NFPA uses colored diamonds. HMIS® attempts to convey full health warning information to all employees while NFPA is meant primarily for fire fighters and other emergency responders. Key point: HMIS® is not intended for emergency circumstances.

Some employers use hybrids of the two systems. For example, they will use an NFPA hazard diamond, but the white section is used to denote both personal protective equipment (PPE) and/or special hazards. The ACA and NFPA both discourage the mixing of the two systems in this manner. OSHA permits one to use any labeling system as long as it meets their labeling performance requirements. Thus, if you use a hybrid system at your location, your employees must be properly trained in using it and be made aware of these potential conflicts.

HMIS® labels can appear in a variety of formats. Some will include additional spaces to list target organ effects, a labeling requirement under 29 CFR 1910.1200, and other information, but the four colored areas shown here will always be present.

An older style HMIS® label is shown below on the left. In the April 2002 release of HMIS® III, the yellow Reactivity section was replaced with an orange Physical Hazard section as shown below on the right. Other aspects of the system were also changed (see below).

Specific sections of an HMIS® label include the following:

NOTE: NFPA and other labeling codes (such as HMIS®) are NOT required by OSHA. OSHA has said “…OSHA does not endorse specific services or products. It would, therefore, be inappropriate for OSHA to require a particular labeling system’s code on the material safety data sheet.” (see this official OSHA interpretation). OSHA does have specific labeling requirements that must be fulfilled, and the hazard classifications that are required run completely counter to the now-obsolete HMIS® III sytem.

Some manufacturers include HMIS information on their SDS’s, but there has never been an OSHA requirement for them do so.

There are a number of copycat HMIS® systems out there to get around the proprietary issues. They have very similar wording on the label and call themselves something slightly different. For example, you might see HMIG (Hazardous Material Information Guide) or HMCIS (Hazardous Materials Classification Information System). These may use the older instability vs reactive header in the yellow section, diamonds for the blanks instead of boxes, and other little nuances that differ from an HMIS® label. Again, it’s the absurdity of a proprietary label system that leads to this kind of nonsense.

OSHA’s adoption of the Globally Harmonized System (GHS) as part of the 2012 revision of the Hazard Communication Standard (29 CFR 1910.1200) changed container labeling requirements to include specific elements including pictograms, hazard statements, precautionary statements and a signal word. This harmonized labeling system has made HMIS® all but obsolete or redundant. However, non-mandatory NFPA 704 information is still nice to have as state or local fire codes may require 704 signage on tanks, doors and other workplace locations.

In a 2013 interpretation letter, OSHA confirmed that SDS authors may include HMIS and NFPA ratings in Section 2 of the SDS “so long as the ratings in the HMIS label do not contradict or cast doubt on the validity of label information required by HCS 2012 (C.3.1) or impede the user’s ability to identify the information required by HCS 2012 (C.3.2)“.

We have emphasized the last part of that statement. Given that HMIS ranks 1 as low and 4 as high hazard whereas the HCS ranks 1 as high and 4 as low, it seems exceedingly likely that even trained employees will be confused if both systems are in simultaneous use, particularly at multi-employer workplaces. For example, using the two systems at the same time could result in a label with an HMIS® flammability rating of 4 but a (required) GHS flammability classification of 1 on the same label! Therefore, we strongly discourage employers from using the HMIS® system given the potential for confusion with the mandatory OSHA hazard classification and categorization system.

Entry last updated: Monday, February 10, 2020. This page is copyright 2000-2020 by ILPI. Unauthorized duplication or posting on other web sites is expressly prohibited. Send suggestions, comments, and new entry desires (include the URL if applicable) to us by email.

Disclaimer: The information contained herein is believed to be true and accurate, however ILPI makes no guarantees concerning the veracity of any statement. Use of any information on this page is at the reader’s own risk. ILPI strongly encourages the reader to consult the appropriate local, state and federal agencies concerning the matters discussed herein.

Quarantine tips from the gang

Thu Apr 9 , 2020
Money Heist part 4 couldn’t have come at a better time. With a large portion of its fans stuck at home either off work or working from their couch, everyone needs something to stay entertained. We’d say finally getting answers to part 3’s twisty finale is entertainment to the max.  […] 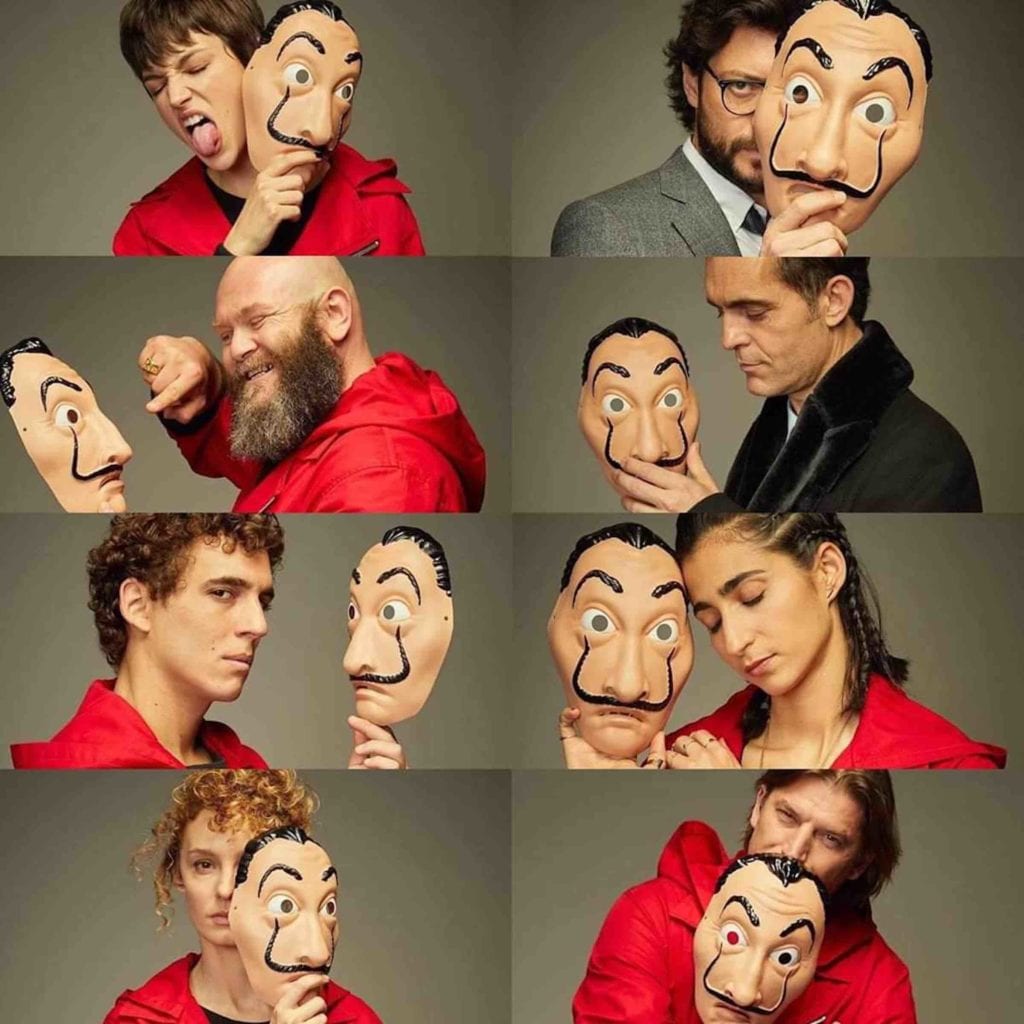