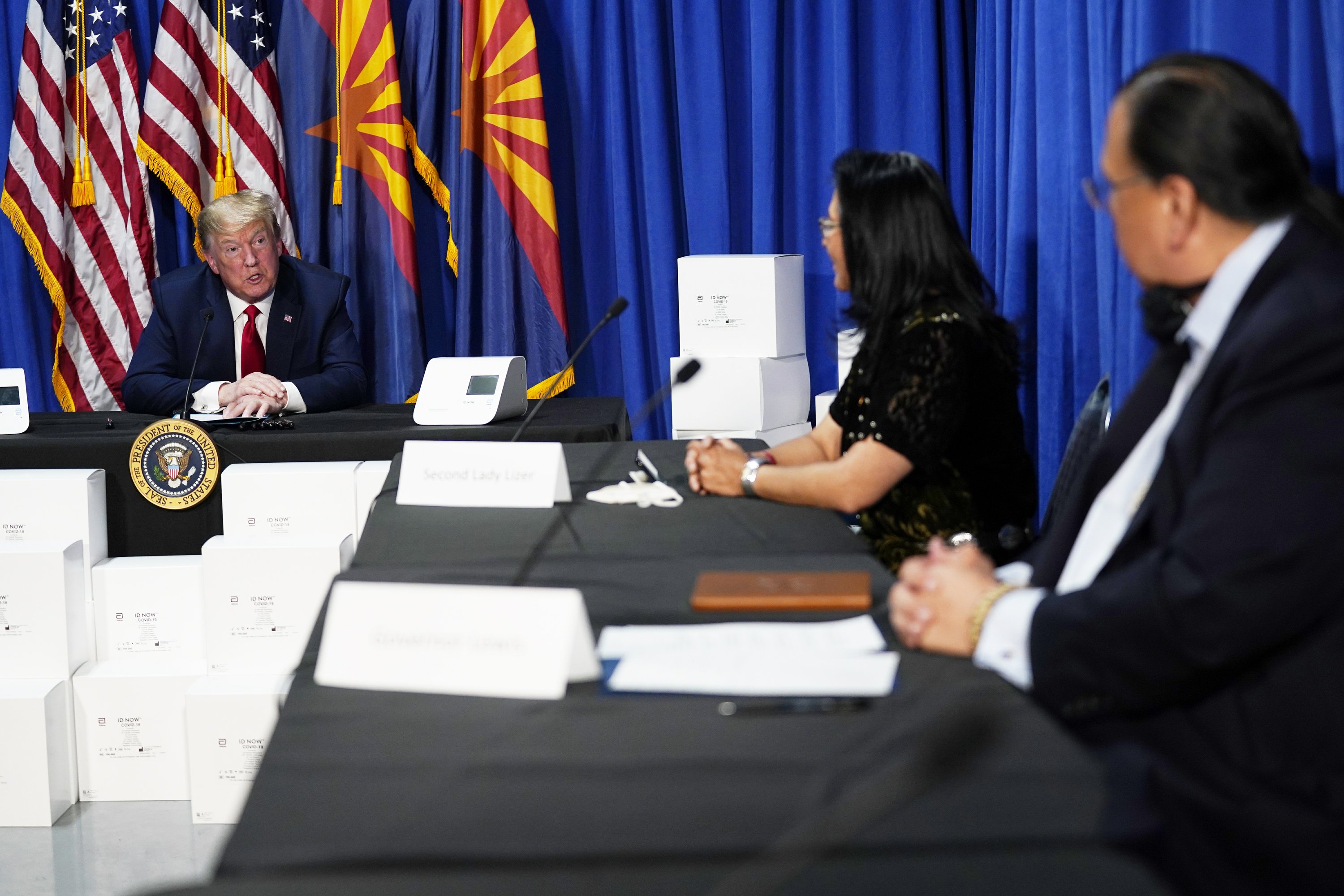 FLAGSTAFF, Ariz. (AP) — The U.S. Treasury Department said Tuesday that it will begin doling out billions to help tribes respond and recover from the coronavirus more than a week after a congressional deadline and after being sued over who is eligible for the money.

The $2.2 trillion federal rescue package approved in late March set aside $8 billion for tribal governments. The money was supposed to be distributed by April 26, but the Treasury Department said it was grappling with how to do it.

Tribes sued the agency to keep the money from going to Alaska Native corporations, which own most Native lands in the state under a 1971 settlement but are not tribal governments. U.S. District Judge Amit Mehta in Washington, D.C., gave the tribes a victory last week by limiting the funding to the country’s 574 federally recognized tribes while he settles the question of eligibility.

Mortgage rates jumped again this week, with the benchmark 30-year fixed-rate mortgage moving to 3.88 percent from 3.77 percent, according to Bankrate’s weekly survey of large lenders.

The rise in rates may be partly due to constrained capacity at the nation’s mortgage lenders, which are coping with a more than four-fold increase in applications as rates have plunged during the coronavirus pandemic. The 10-year Treasury note, a bellwether for mortgage rates, finished Wednesday at 1.18 percent, above its record low of a week ago, its biggest one-day yield increase since 1982. This promises to push mortgage rates higher still.