According to the latest data by the Ministry of Trade and Industry, Singapore suffered its deepest economic slump on record in the second quarter (Q2) of 2020.

MTI expects the economy to shrink between 5 and 7 per cent this year, dialling down its previous forecast of a 4 to 7 per cent contraction.

Minister of Trade and Industry Chan Chun Sing was quoted saying: “The forecast for 2020 essentially means the growth generated over the past two to three years will be negated.”

Five months into the pandemic-induced economic downturn, the shape of “recovery” is coming into focus — and it is not a pretty picture.

In a doorstop interview on 27 March, Prime Minister Lee Hsien Loong said that the economy during Covid-19 would not be a “V-shaped recovery“, in which there is a sharp but brief decline followed by a fast recovery.

It would not even be a “U-shaped recovery“, where there is a gradual decline followed by a gradual rise, he added.

Given the difficulties of lifting a lockdown, economists predicted that a L-shaped recovery is more likely.

An L-shaped recovery is characterised by a slow rate of recovery, with persistent unemployment and stagnant economic growth.

L-shaped recoveries occur following an economic recession characterised by a steep decline in the economy, but without a correspondingly steep recovery.


In Singapore, preliminary data from the Ministry of Manpower (MOM) on Wednesday (July 29) showed that the overall unemployment rate rose to 2.9 per cent from 2.4 per cent in the preceding quarter, while total employment (excluding foreign domestic workers) plunged more than four-fold.

This is the highest unemployment rate in more than a decade as retrenchments double.

In August, retrenchments continued as we saw Singapore Press Holdings and Millennium Hotels and Resorts laying off their workers. The extended Job Support Scheme may only delay the inevitable.

With unemployment at a 10-year-high and retrenchments continuously happening, this points to the likelihood of an L-shaped recovery.

The Potential Of A K-Shape Economy Recovery

However, an economist has brought up an interesting concept of a “K-shaped” recovery where some segments of the economy have recovered sharply, while others continue to decline.

According to The Washington Post, a K-shaped recovery will see “those at the top of the heap strengthen their positions while the rest see their fortunes further degrade”.


“It’s one recovery for financial market investors and another recovery for everybody else,” said Joe Brusuelas, chief economist at RSM.

Nearer to home here in Singapore, an example of this K-shape economy recovery happening is where the manufacturing and financial services sectors are starting to see an upward recovery, while the services sector is still stuck in the rut.

Industries On An Upward Recovery

Earlier this month on 19 August, MOM declared that the migrant worker dormitories are free from Covid-19.

Upon Covid-19 clearance, the migrant workers will be able to resume work once the dormitory operators, employers and workers have made the necessary preparations to do so in a safe manner.

With that, the construction sector will start to contribute to economy growth later this year and further boost the recovery in 2021.

Meanwhile, the financial services sector reportedly grew by five per cent in the first six months of the year, performing better compared to the same period last year.

While the Monetary Authority of Singapore (MAS) expects growth in the sector to slow between June and December due to weaker credit demand and lower interest rate margins, the sector is unlikely to contract.

Other than the construction and financial sector, the manufacturing sector has also been supported by a surge in production of pharmaceutical ingredients and biological products.

In fact, it grew by 2.5 per cent on a year-on-year basis in the second quarter, primarily due to a surge in output in the biomedical manufacturing cluster.

The growth has been fuelled by the production of Covid-19 test kits, which were being mass manufactured by local biomedical companies to meet the demand for testing.

Industries That Continue To Decline

While some industries are growing on a year on year basis, services sectors such as tourism and hospitality continue to suffer until a vaccine is widely available to allow lifting of curbs on the local economy and international travel.

Our air transport sector is not going to recover anytime soon since international travel has yet to resume.

In recent news, our national carrier SIA reported that they have burnt through half of S$8.8 billion it raised through share sales in just two months.

The funds were used to repay a bridge loan that was taken to tide the company over from March to June, redeem SIA’s 10-year bonds, for ticket refunds and repayment of funds previously drawn under certain lines of credit.


The International Air Transport Association had said last month that the airline industry is unlikely to recover fully before 2024.

In addition, the events industry is one of the worst-hit industries as business meetings, events, concerts, seminars et cetera are not able to resume with the five-people limit on social gatherings in place.

While the retail and F&B industries are seeing more footfall and customers since the circuit breaker was lifted, the Covid-19 fall-out has impacted too many businesses, with many unable to sustain and eventually closing down.

In particular, the F&B sector saw many shop closures and the retail sector has been seeing a slew of bankruptcies such as sportswear retailer Sportslink, minimalist lifestyle brand MUJI and supplement retailer GNC.

The tourism and hospitality industry is seeing the government coming to their aid with a S$45 million tourism campaign launched urging locals to explore Singapore.

While these selected hotels are reopening for staycations, the backpacker hostels and budget hotels are missing out on the staycation boom amid Covid-19.


The hostel operators, being smaller businesses, do not have deep pockets to sustain the business until tourism picks up again.

On the real estate side, while the private residential market is also projected to strongly recover from economic downturn, the plight of the commercial real estate market remains a question.

The private residential property market had picked itself up after both the SARS outbreak in 2003 and the H1N1 pandemic in 2009, though neither saw a country lockdown or strict safe distancing measures.

Home sales rose in July, up for its third straight month. July’s sales were an 8.2 per cent jump from June, which was itself an increase from the month before.

Christine Sun, head of research and consultancy at OrangeTee & Tie, said that the fundamentals of the market, such as political stability, safety, transparency and the ease of doing business, that has enticed foreign investors to the city-state will still remain strong post-pandemic.

On the other hand, many question about the future of office demand remain.

With remote working popularised by Covid-19, some companies have even allowed their workers to permanently work from home, such as Twitter.

Repercussions Of A K-Shaped Recovery

It is therefore clear that we may be seeing the case of a K-Shaped economy recovery, with some sectors continuing to grow, while others continue to decline.

In a K-shaped recovery, jobs will recover fully for the highest wage earners and some segments of the economy will also recover.

The lower-income individuals fall deeper into poverty, having lost their jobs or experienced paycuts. The rest of the economy continue to decline.

With this, it leads to a widening income gap and increased income inequality in the world.

According to the nation’s bank DBS, the Covid-19 fallout could widen income gap.

Based on anonymised data from 1.2 million accounts, the bank reported that more than 300,000 workers saw salaries decrease by over 10 per cent between March and May.


About half of those affected earned less than US$2,190 a month, suggesting that lower-income groups are being hit the hardest.

Workers aged between 35 and 44 were identified as the age group with the most severe income deterioration experienced.

Moreover, during an economic crisis, many companies have chosen not to pay out the 13th-month bonuses and have frozen pay raises.

With all that, the poor gets poorer and the income gap expands.

Furthermore, employees have been placed on shorter work weeks and temporary layoff arrangements due to a decreased business activity and they will likely continue until safe distancing measures are totally lifted.

Furthermore, some workers have said that their employers told staff that they would have to “return the working hours” when business resumed after the end of the circuit breaker.

How The Economy Can Recover

The government can help Singaporeans who are working in ailing industries transition to other industries, by upgrading and acquiring new skills.

One measure which Singapore is already implementing is the TechSkills Accelerator (TeSA) programme.

We are also seeing SIA cabin crew who were previously deployed as care ambassadors to hospitals making the permanent switch to healthcare as they find a new calling as patient care officers.

Besides that, the government has been swift in their reaction towards the downturn such as implementing the four budgets and pumping money into industries that are struggling to survive.

All these measures will support the economy till the Covid-19 vaccine is available to allow lifting of curbs on international travel and social distancing measures.

Sat Aug 29 , 2020
RBI has made provisions for restructuring of personal and corporate loans In a major relief to corporate and retail borrowers, the Reserve Bank of India (RBI) on Thursday permitted banks to go for one-time restructuring of loans that are facing stress due to the COVID-19 crisis with a view to mitigating […] 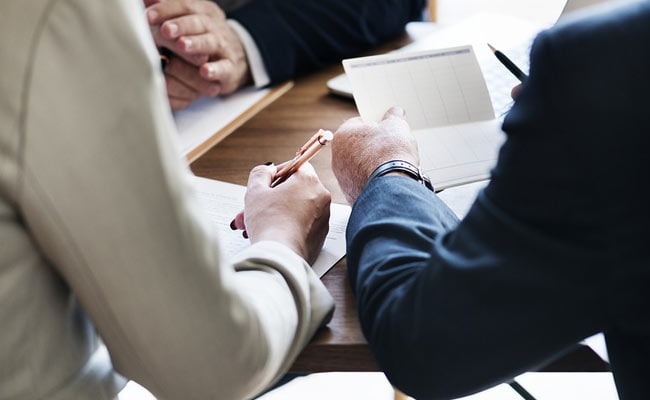