Courses in Vienna will be announced soon!

To read more about the training please click
here.

UNODC’s regional office in South Eastern Europe is building the regions capacity in fighting money laundering and terrorist financing. UNODC has posted a regional anti-money laundering and counter terrorism financing adviser in South Eastern Europe, to have a consistent strategy in the in tackling these crimes within the region. To see the video on the office’s activities please click
here.

In addition, the course explains how cryptocurrencies, including Bitcoin, work by focusing on the key definitions, internal mechanics of cryptocurrency and the blockchain ledger. This course will explore the ecosystems of Bitcoin and other popular cryptocurrencies, whilst addressing and reviewing community regulations (or lack of) and wider governmental controls.

The eLearning package provides an essential backdrop for those who proceed to undertake classroom-based cryptocurrency investigation training.

Building a strategic partnership platform between each attendee is a key priority for UNODC. This course will increase the knowledge and skills of the experts whilst helping share best practice of how to develop blockchain-based international investigations.

Reporting and Control of Physical Transfers of Currency, Bearer Negotiable Instruments, Gold, Other Precious Metals or Precious Stones through the Borders of the Islamic Republic of Afghanistan

ARINWA Assessment Study on ‘Seizure, confiscation and management of proceeds of crime in West Africa’, proposed establishment of an “ARIN” type network for West Africa

Tracking the Ilicit Financial Flows from Pirate Activities off the Horn of Africa. A UNODC, World Bank and Interpol Joint Study.

UNODC Global Programme against Money Laundering, Proceeds of Crime and the Financing of Terrorism (GPML) Fact Sheets on its products and tools

Council of Europe Convention on Laundering, Search, Seizure and Confiscation of the Proceeds from Crime and on the Financing of Terrorism, [
French]

Directive 2008/20/EC of the European Parliament and of the Council of 11 March 2008 amending Directive 2005/60/EC on the prevention of the use of the financial system for the purpose of money laundering and terrorist financing, as regards the implementing powers conferred on the Commission [
French ] [
Spanish ]

Sun Apr 12 , 2020
Abdul Hadi Arghandiwal, acting finance minister, in a conference on Monday said that the president issued a new decree that no directorates of the Finance Ministry will be separated from the ministry. Recently President Ghani in a decree divided the ministry into three separate directorates. This decision of President provoked […] 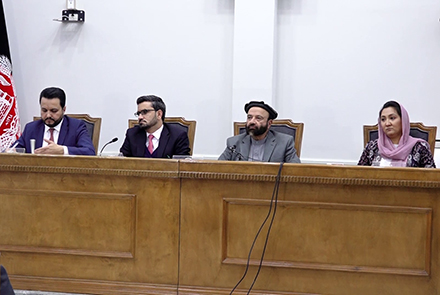 How To Identify Fraudulent Money-Making Schemes

What Are The Types Of Crypto-Currency?

California wildfires and Home insurance: Are such damages covered by wildfires?