This is part 1 of Yahoo Finance’s Illegal Tender podcast about the for-profit prison industry. Listen to the series here.

Mass incarceration in the U.S. grew over decades as more politicians with tough-on-crime stances became elected to office and laws changed surrounding sentencing.

In that environment, the private prison industry became a place to generate a lot of revenue.

“A lot of these criminal laws were changed with the political support of individuals who supported the private prison corporation because they saw a business opportunity,” Amy Fettig, executive director at The Sentencing Project, told Yahoo Finance’s Illegal Tender podcast. “They saw the incarceration, the denial of freedom of our fellow Americans, people in our community as a business opportunity.”

The U.S. has the most private prisons in the world. According to The Sentencing Project, there were over 128,000 people incarcerated in private prisons in 2016, which accounted for roughly 8.5% of the prison population. In 2017, the private prison industry generated an estimated $3.9 in revenue.

“The for-profit prison industry is a multi-billion dollar corporate effort to run private prisons not only in the United States, but throughout the world,” Brandon Buskey, deputy director of Smart Litigation at the American Civil Liberties Union (ACLU), told Yahoo Finance. “And it depends for its survival on our dependence on mass incarceration.”

This is part 1 of Yahoo Finance’s Illegal Tender podcast about the for-profit prison industry. Listen to the series here.

Private prisons have been around since the 1800s and accelerated after the Civil War.

They truly began to pick up steam in the 1980s on the business model of Corporate Corrections of America, now known as CoreCivic (CXW), gained traction.

“Very quickly after the formation of private prisons in the 1980s, we also saw the dramatic expansion of the War on Drugs, mandatory minimums, and so, the private prison industry has essentially grown up with the trend in mass incarceration in our country over the past several generations,” Buskey explained.

In 1971, President Richard Nixon declared a “War on Drugs,” and rates of incarceration in America increased for the next 40 years.

“What we saw with the War on Drugs is that resources that could have gone into community treatment, which is far more effective and far cheaper, were diverted into building prisons and warehousing more and more people,” Fettig said. “Private prison corporations benefited from that, as did all the collateral industries that make money off of our collateral state, from the phone companies, to the companies that sell commissary.”

She added that “a bag of chips in prison, which is highly prized because the food is so terrible and nobody has access, a bag of chips is going to cost you a lot of money and somebody makes money off of that. It’s a corporation.”

So how exactly do these private prisons make a profit?

The argument for many in support of for-profit prisons is that they are cost effective, at least in comparison to federal prisons. The average annual cost of incarceration for those federally imprisoned was $36,299.25 in 2017, which comes out to $99.45 per day, a 4.6% increase from 2016, according to the Federal Register.

But according to Lauren-Brooke Eisen, who directs the Justice Program at NYU School of Law’s Brennan Center for Justice, it’s “very difficult” to compare public and private prisons in terms of cost savings.

“It’s difficult to vet whether that claim is actually true and the way costs are calculated on a public budgeting document and for a private company vary widely and are not easily comparable,” Eisen said.

Buskey explained how the business plan of a for-profit prison actually works.

“The prison will approach a state or locality and say, ‘We will take over the operation of a prison in exchange for you keeping the prison at certain levels of occupancy,’” he said. “And in the course of doing that, the private prison, the private company, then takes over all operations from the state.”

The appeal for government officials is that “instead of the state having to spend money on its own corrections officers, on its own medical care, the private prison now will take all that over,” Buskey said. “And in using these occupancy rates, what the prison is doing is saying, “You have to still pay us an overhead for the number of people who are housed here, but in the course of that, you’ll still see savings because we can operate the prison more efficiently.”

“Often the private prison trying to incentivize the state to sign the contract will offer a kickback to the state and say, “If you extend the contract by five years or 10 years, we will pay you, say, 10 million, $30 million for the privilege of signing that contract,” knowing that the private prisons stands to gain tens of hundreds of millions of dollars through operating the prison for the state,” Buskey said.

New Mexico and Montana have the highest share of private prisons in the U.S., followed by Oklahoma, Tennessee, New Mexico, and Hawaii.

“These are often states that have attempted to address budget concerns by increasing privatization,” Buskey said. “It’s a common model that we’ve seen throughout criminal justice reform where the pitch by often conservative lawmakers is to save money and operate the system more efficiently. And that is a recipe for inviting private prisons to come in with an appeal that they can run the prisons for far less money and save the state thereby a number of millions of dollars in doing so.”

Ultimately, since private prisons are inherently built for maximizing profit, incarcerated individuals are often charged high fees for basic services like making a phone call and necessities like tampons.

“The industry has been criticized truly for as long as it’s existed, and the reason for that is because some argue private prisons create perverse incentives that drive overcrowding by cutting costs and reducing the quality of life for the incarcerated individuals in those facilities or that private prisons earn more revenue when incarcerated individuals serve longer sentences,” Eisen said.

“In order for these companies to make money,” she added, “they are incentivized to cut costs and find efficiencies. And the industry looks for efficiencies that government officials who are tremendously hamstrung by stringent procurement laws and union contracts can’t take advantage of.”

Fettig noted the privatization of medical care in these facilities has created major problems.

“That didn’t used to be an issue in this country,” she said. “The state used to run medical care in prisons and jails and counties did as well. But now, it’s a privatized business that makes money off of the fact that we have a mass incarceration system that doesn’t treat people in the community, that doesn’t provide a social safety net in the community.”

At the end of the day, “we would have mass incarceration with or without the private prison industry,” Eisen said. “But something that’s really important to note is that the industry does make it harder to dismantle mass incarceration.”

This is part 1 of Yahoo Finance’s Illegal Tender podcast about the for-profit prison industry. Listen on Apple Podcasts | Google Podcasts

US, China, India, Europe can't save global economy from recession

Sun Sep 13 , 2020
During the financial crisis, two countries kept the global economy from cratering even further than it did — China and India.  Unfortunately this time around — in the economic crisis caused by the corornavirus pandemic — no country is coming to save us. India has been on lockdown for months, […] 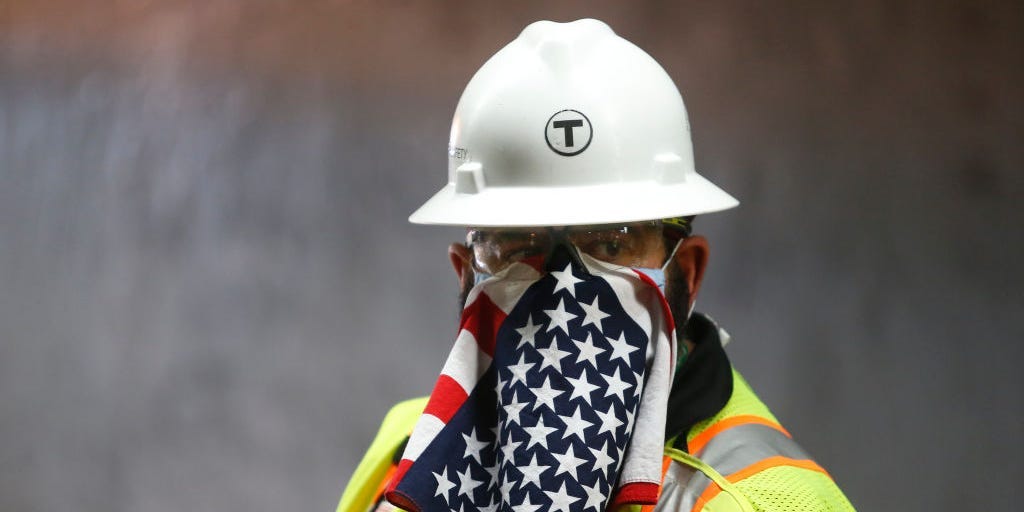