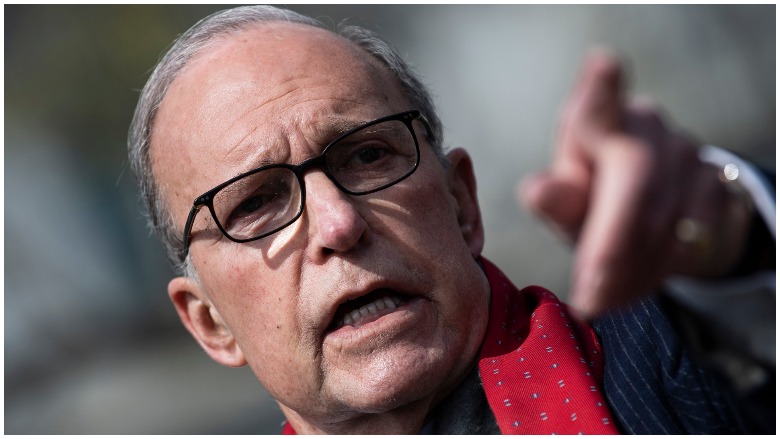 On September 22, the director of the National Economic Council expressed on CNBC’s The Exchange that, even if certain industries could benefit from a second round of relief, the funds aren’t required.

“I don’t think the V-shaped recovery depends on the package, but I do think a targeted package could be a great help,” Kudlow stated. “Even though I think the economy is improving nicely, it could use some help in some key, targeted places.”

He also commented on the White House’s efforts to secure additional aid for schools and the Paycheck Protection Program, which offers small businesses loans in return for employers keeping staff on payrolls.

“We also wanted to extend the assistance plan, the PPP plan, to small business. I mean, we actually had money – it’s over $100 billion – that could be repurposed to go back in through that plan,” Kudlow said. “I think that plan was very effective. I think it did save, perhaps, 50 million jobs.”

“Unfortunately, we couldn’t reach agreement with the other side. And that was before the judicial issues came up,” he added. “I wish we could break the stalemate.”

Stimulus negotiations have come yet again to a halt as  congressional leaders continue to dispute an overall price tag. Forbes reported that “there is no timetable,” regardless of the looming November 3 presidential election.

“Despite both parties saying they want a stimulus deal, there is no timetable or path to consensus,” the outlet said.

Here’s what you need to know:

Mnuchin expressed during the hearing that the White House is “ready to reach a bipartisan agreement,” the outlet added. He went on to note that President Donald Trump remains on-board with a second round of $1,200 payments for individuals, and $2,400 for married couples/joint filers, the outlet continued.

“The president and I remain committed to providing support for American workers and businesses,” the Treasury secretary said, to Forbes reported. “I believe a targeted package is still needed and the administration is ready to reach a bipartisan agreement.”

Meanwhile, Powell commented on how “economic growth is in the middle of a rebound,” but warned of the risks if legislators fail to break the stalemate, CNBC added.

“What’s happened lately is the economy has proved resilient both to the broader spread of the disease over the summer in some of the Southwestern states and also to the expiration of the Cares Act benefits,” Powell stated, the outlet reported.

“The risk is that, over time, they go through those savings, they haven’t been able to find employment yet because it’s going to take a while to get 11 million people back to work, so their spending will decline,” he added. “Their ability to stay in their homes will decline. So, the economy will begin to feel those negative effects at some time.”

Powell noted how the economic “downturn has not fallen equally on all Americans,” CNBC said.

The mishap stems from the fact that the Department of the Treasury and the Internal Revenue Service has not yet identified everyone who is eligible to receive a stimulus check, the Office said in its recent report.

Such missing data “could hinder outreach efforts and place potentially millions of individuals at risk of missing their payment,” the report stated.

The IRS is now currently in the process of mailing letters to notify the large pool that they may be eligible for the money.

READ NEXT: WATCH: Kansas Woman Without Mask Walks Hospital to Prove COVID Is a ‘Hoax’