KUALA LUMPUR, March 16 — A member of the Felcra Berhad Board of Directors told the Sessions Court here today that Datuk Seri Bung Moktar Radin informed the then finance minister to recommend Felcra to invest RM150 million in Public Mutual Berhad Unit Trust in 2015.

Habibah Suleiman, 72, said she did not know that the amount of investment sought was RM150 million as the sum approved at the board meeting was only RM50 million.

Bung Moktar was then the non-executive chairman of Felcra.

“The board did ask YB Datuk Bung Moktar about the difference in amount that was invested in the Public Mutual Trust Fund. YB Bung had stated that he took along a Felcra application letter to meet the finance minister for his approval. YB Bung told the board that the finance minister recommended to him to invest RM150 million.

“I assumed that he (Bung) had changed the amount of RM50 million to RM150 million after that recommendation,” she said during a key examination by Deputy Public Prosecutor Roslan Mat Nor at a corruption case trial involving by Kinabatangan Member of Parliament Datuk Seri Bung Moktar and his wife Datin Seri Zizie Ezette A. Samad.

The fifth prosecution witness said that based on the reply from the Minister of Finance Incorporated (MKD), it (MKD) had no objection to Felcra’s application to invest RM150 million.

“Other details (in the letter) also stated that the board of directors (Felcra) had to ensure that Felcra Berhad continuously monitored the investment’s performance so that early risk mitigation can be carried out in the event of any clear decline in the equity market,” she said.

She said a letter was submitted to the board after the investment had been made and the board also knew nothing about the amount (RM150 million).

Asked by Roslan as to when she first knew that the investment had been increased from RM50 million to RM150 milion, Habibah said “During the board of directors’ meeting in April 2005.”

Roslan: Why didn’t you object against the decision?

Habibah: The decision to raise the investment sum to RM150 million was made by the (then) finance minister, so who am I to object to it?

According to the first charge, Bung Moktar, 60, who was at that time the non-executive chairman of Felcra, was accused of taking a bribe of RM2.2 million in cash from Public Mutual’s investment agent Madhi Abdul Hamid, 38, through his wife Zizie Ezette.

He was accused of committing the act as a reward for obtaining approval from the Minister of Finance II for Felcra to make a RM150 million investment in Public Mutual unit trust products.

For the second charge, Bung Moktar was accused of taking for himself a bribe of RM262,500 in cash from the same individual (Madhi) through an account of the bank’s investment product Public Islamic Treasures Growth Fund (PITGF) numbered 044797816 and registered under the name of Zizie Izette for the same purpose.

Bung Moktar was also accused of taking for himself a bribe of RM337,500 from Public Mutual’s investment agent, Norhaili Ahmad Mokhtar, 42, through a Public Ittikal Sequel Fund (PITSEQ) account numbered 044797824 registered under the name of Zizie Izette for the same purpose. Both offences were allegedly committed at the same location at 12.16 pm and 12.28 pm, on June 19, 2015.

The charges are framed under Subsection 17(a) of the MACC Act and punishable under Section 24(1) of the same Act which provides for imprisonment of not more than 20 years and a fine of not less than five times the amount of the bribe or RM10,000 whichever is higher, if convicted.

Zizie Izette, 41, a former actress, pleaded not guilty to three counts of abetting her husband on the same offences, at the same places, dates and times under Section 28(1)(c) of the MACC Act and punishable under subsection 24(1) which provides for imprisonment of not more than 20 years and a fine of not less than five times the amount of the bribe or RM10,000 whichever is higher, if convicted.

Thu Apr 2 , 2020
“When we love, we are the universe and the universe lives in us.” TRANS4MIND offers a wealth of free personal development resources, with online books, podcasts, articles, courses, quote collections, and more. This information will help you advance on an exciting path of holistic growth and wellbeing. This is the […] 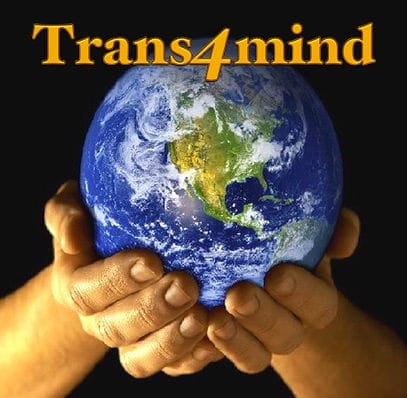