IBM has “several” clients beyond publicly announced partnerships, eight months after the announcement of the financial services-focused public cloud.

For IBM, more customers, partnerships and a geographic expansion with focus beyond the U.S. are signs of the “momentum and investment” behind the financial services cloud, Hunter said.

The company is also focusing on security. In June, IBM acquired Spanugo, a U.S. company that offers cloud cybersecurity posture management solutions. The company plans to integrate Spanugo’s software into its public cloud.

There’s room to grow in the heavily-regulated financial services cloud space. Only 16% of financial services companies have adopted public cloud, compared to the market average of 24%, according to CIO Surveys, Equity Analyst Research, 2019-2020. Regulated industries, which include health, insurance and life sciences, represent 80% of the total market opportunity in the cloud.

One financial services organization leaning on the cloud can serve as an example for other organizations to start migration. Bank of America runs a “proprietary, private cloud,” which operates the bulk of its technology workloads, David Reilly, an executive for Bank of America’s Global Banking & Markets, Enterprise Risk & Finance Technology and Core Technology Infrastructure, said in the announcement.

Its partnership with IBM is centered around creating an equally reliable third-party cloud, focused on the financial services industry’s leading concerns.

For years, MUFG has shifted IT workloads to the cloud, Hiroki Kameda, managing corporate executive group CIO of MUFG, said in the announcement. The IBM financial services cloud will be well suited to facilitate the “digital reinvention” of Japanese financial institutions, Kameda said.

IBM has a lot to prove in the cloud sector. It falls well behind leading companies in terms of market share. But with a new CEO at the helm and the integration of Red Hat’s portfolio, the company is focused on the opportunity of hybrid cloud.

While the company lacks the advantage Amazon Web Services has, there is still room to grow in cloud adoption. Organizations are relying on multiple clouds, both public and private, Hunter said. For IBM, the market opportunity lies in offering consistency, orchestrating how companies view and manage their cloud resources.

Banks in particular need the overlay of consistency, she said. Random usage is not a “cloud architecture or a cloud strategy.”

Coronavirus Economy: What We Know About The GOP Stimulus Package

Fri Jul 31 , 2020
$600 unemployment checks are about to stop. Congressional Republicans have put forward a stimulus plan. We’ll dig into the details. Guests Claudia Sahm, director of macroeconomic policy at the Washington Center for Equitable Growth. (@Claudia_Sahm) Kenneth Rogoff, professor of economics and public policy at Harvard University. Co-author of “This Time Is […] 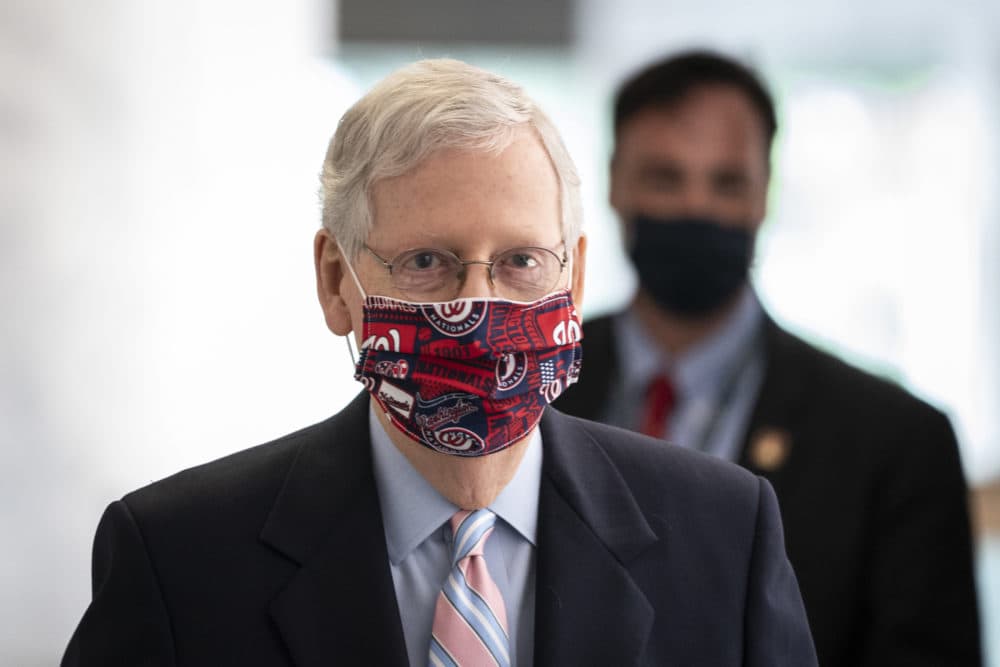